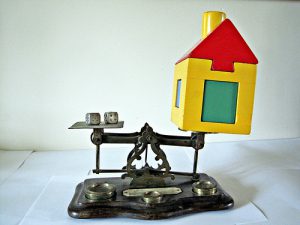 2017 was an exceptionally good year for the French real estate market. House prices in France have increased with 2% on average and it now looks likely that this trend will continue in 2018.

When we take a closer look at house prices in France we see big differences within the French market. The prices in the countryside have on average stayed more or less the same, while the prices in the cities went up. But also between different cities there are large differences. The price increase in Bordeaux was exceptional: a whopping 16.5%, with an average price per square metre in Bordeaux reaching €3,700. This is even higher than the price per square metre in Lyon, which remained at €3,600 (+7.7%).

Paris has continued the trend of the past few years and has shown a 5.8% price increase. Paris has proven itself as a safe haven for investors. Noteworthy is the difference in Paris house prices between smaller apartments and studios on the one hand, and larger houses with three or more rooms on the other. Where the first group has shown a 4.3% price increase, the second group increased by 7.1%.

Cities as Toulouse and Nantes also did well with increases of 4.2 and 5.5% respectively. Nice – already the most expensive city in France regarding house prices – has shown a price increase of another 5.8% regardless. IN 2017, the prices in the ten largest cities rose by 5% on average.

French ‘countryside’ house prices  The countryside equally failed to take advantage of the economic revival and the renewed confidence in the French real estate market. Where the prices were already under pressure, the house prices sometimes continued to sink, also due to migration to the cities. Houses in the ‘champagne’ are on sale for a long time and prices have sunk considerably since 2008, with price decreases up to 14%. The province has really not yet recovered from the 2008 crisis. 15% of the French population lives in these 30,000 smaller towns and villages.

A closer look at French real estate prices in 2017

In 2017 interest expectations have left their mark on real estate prices. When inflation rose in the spring of 2017 there was a very strong response by buyers who quickly wanted to take advantage of the favourable financial conditions. Especially buyers who re-entered the market had a strong response. When after the summer the interest dropped from 1.85% for a fixed-interest period of 20 years to 1.7% (and by now even to 1.5%) the pressure on the real estate market decreased and stabilized. After the summer of 2017, buyers took their time, looked around more, and assumed that the current interest level would be maintained.

In 2017, 32% of buyers were starters, while 40% were home owners who went from one house to another. 16% of buyers were investors. This is a remarkable fact, considering the low rental prices. Investments in real estate are thus seen as a safe haven, despite uncertainties regarding income and legislation. In 2017, no less than 12% of the properties were purchased as a second home.

French notaries have passed 958,000 deeds of sale in 2017—a new record. This is in fact 10% more than in 2016 and it means that the number of transactions is now even higher than before the crisis, which occurred despite the fact that unemployment is still soaring. The high volume can be mostly explained by high consumer confidence, while the purchasing power of French households—for the first time in five years—has still not risen in 2017. When despite this real estate prices still show such a strong upward movement, the future looks bright.

Given the monetary policy of the ECB, the low interest rates, the economic growth in France and the expectation that unemployment will continue to go down—which will lead more buyers to the housing market—a continuation of price increases 2018 is likely. Especially when a deficit is being felt, prices will considerably go up in urban areas and popular locations. For the countryside the situation will likely lag behind and regional differences will remain significant.

This website uses cookies to improve your experience. We'll assume you're ok with this, but you can opt-out if you wish.
Accept Read More
Mentions Légales
Necessary Always Enabled
Non-necessary